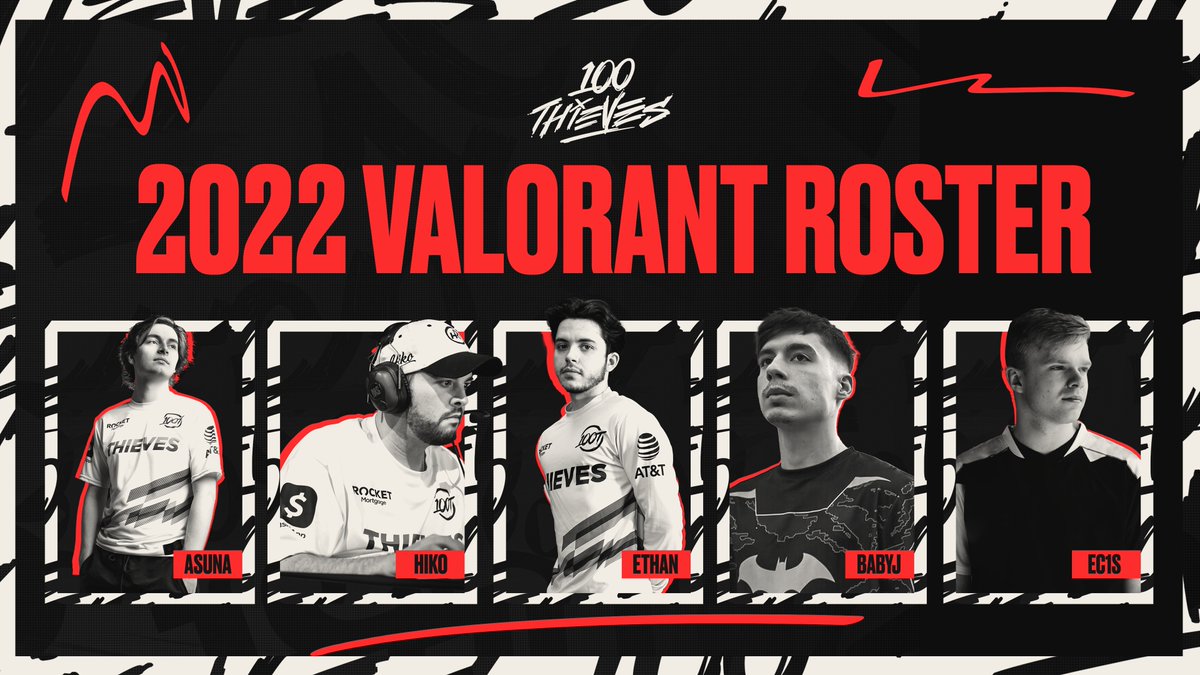 100 Thieves will be the team to beat in NA Valorant

100 Thieves has officially finalized their roster for their Valorant division and the team is absolutely stacked. Going into the offseason, the team had Hiko, Ethan and Asuna to build around. Former IGL nitr0 went through with his suspected switch back to CS:GO leaving the team with two positions to fill. One thing is safe to say, 100 Thieves killed it this off-season.

For the first pickup, the team went with BabyJ who played a crucial role in Faze's push towards at NA Challengers 2. Despite losing to TSM, the team proved that they had immense potential and BabyJ shined in his role on the agents Killjoy and Viper. Going forward, he will be a key to the team's success if he can match or improve what former player nitr0 brought to the table.

Finally, the team rounded out the lineup with European star ec1s. He previously played with Team Liquid and NIP. However, NIP recently released their whole roster as they looked to go Brazilian. This year on 100 Thieves, ec1s will look to bring together this team as the primary IGL.

This team has all the necessary pieces to be the best team in NA and, possibly, one of the best globally. However, this first event is going to be the most important for them. With only 10 days until the qualifier for Stage 1 Challengers, 100 Thieves has a lot to prove with little time to practice.